Obama and Trump have two things in common. First, the Presidency. Second, they saw what hurting people wanted and they sold them a dream. 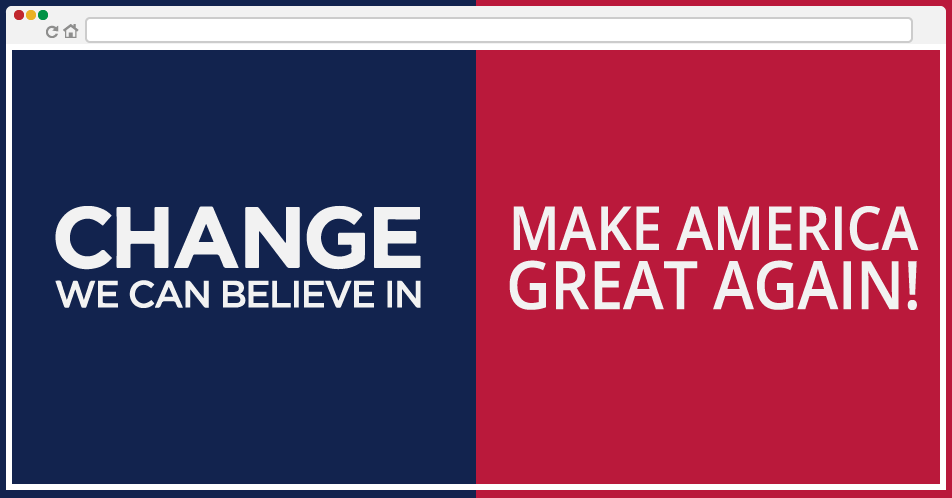 Whether you like them or not, the slogans “Change We Can Believe In” and “Make America Great Again” were brilliant. They both cast a vision; neither slogan tells you practical details - and for good reason: people don’t care how the sausage is made.

At the end of the day, humans will always latch on to a good message - it’s our nature. In the words of Donald Miller, author and owner of storybrand.com,

People are not drawn to the best products and services, they’re drawn to ones that they can understand the fastest. The human brain is attracted to clarity.

We have to resonate with our audience. Luckily, our Presidents have tapped into a blueprint for success. Let’s explore how that blueprint translates to selling in the digital medium.

Although it is dated, the article is more relevant today than it’s original publish date, and users now leave websites faster. We have a scatterbrained culture. We constantly scroll, click away from two-minute videos because they are “too long,” and we hold on to our phones as if they are self-warming life jackets and we just found out the Titanic is sinking.

Now that we know the problem, we can pinpoint the solution.

A Dream Vs A Feature

President Obama and Trump successfully held our attention and moved millions to action by selling a dream, not a five-step plan. This works the exact same in sales. Would you rather know a company's features or what the company will do for your quality of life, your status, and your appearance?

Dream Lawn’s first line on their website reads, “Is It a Lawn or a Golf Course? Your Neighbor Can’t Tell.”

Mowers & More’s first line reads, “Look at our lineup! We have a fleet of 20 zero-turn lawn mowers, edgers, weed eaters, and our owner has a degree in Turf Management from the University of XYZ!

Do you want to know the lawn care company’s equipment specs, number of employees, and years in the business? Or would you rather hear the company say "your lawn will look so green that the only thing greener will be your neighbors"?

Let’s look at some real life examples of companies who sell us a dream instead of features.

In all reality, plenty of phones already have the features that iPhone X touts... but Apple is a messaging king. This screenshot from their website is exactly what we need to be doing. “Say hello to the future” is a concise message with so much meaning and promise behind it. Apple subliminally promises that this phone is ahead of everyone else. They claim to bring the future of phones to your pocket. And if you get it, then you will consequently be ahead of everyone else. 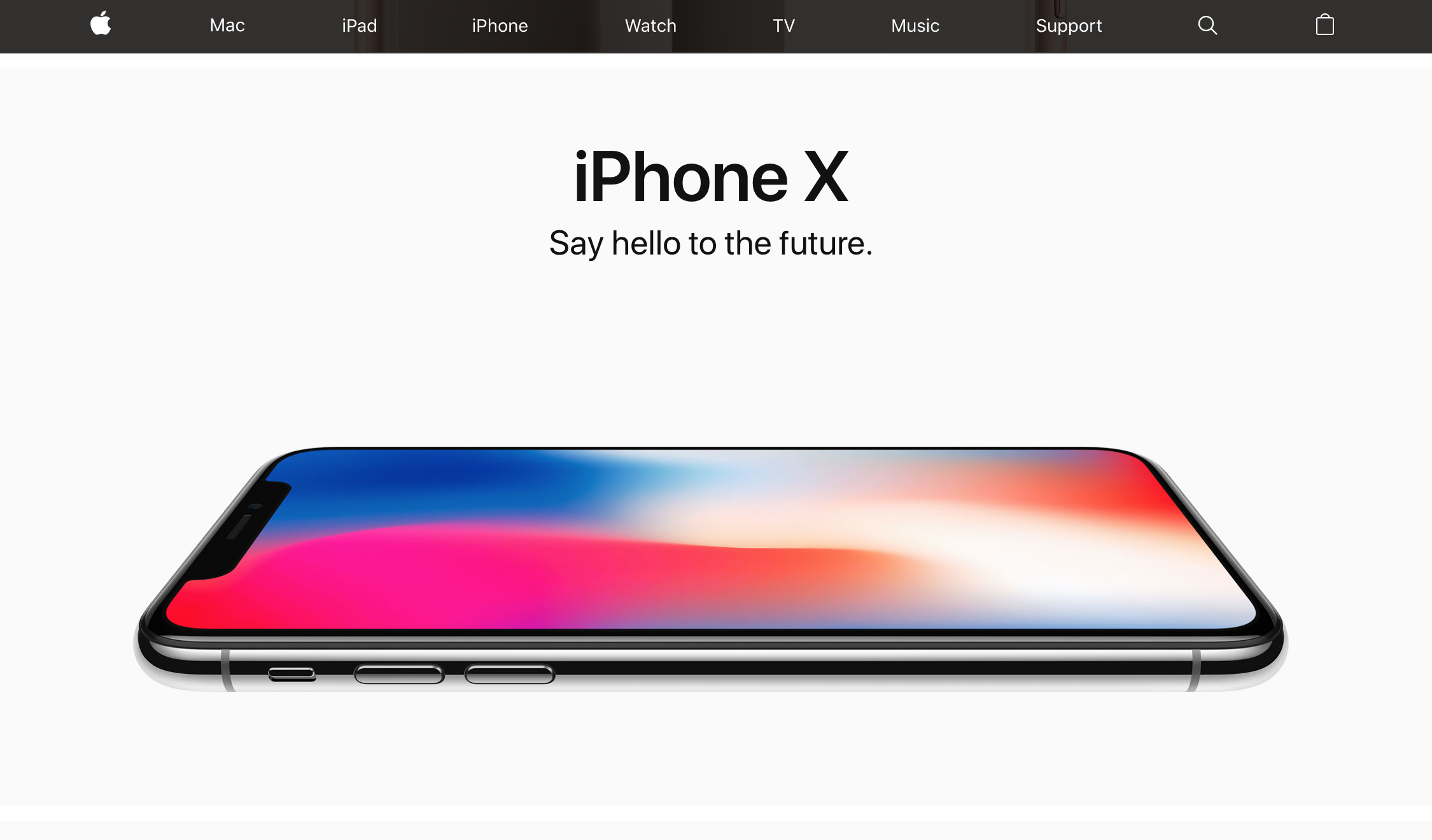 That’s powerful messaging. Notice what they did not do on their home page - no spec is mentioned about the iPhone X. Not one. Nada. Just a message. Just a dream. Did they scrap features all together? Of course not. But the first impression is the dream, not the feature.

Look at ProcessPlan, a software company that forges task management, advanced workflows, and automation into a simple word called Process. They promise to make businesses smarter and processes simpler. Again, no feature in the first impression.

“Welcome to the brotherhood of muscle.” Even when car junkies would gook and awe over impressive specs like horsepower or torque, Dodge opted for good messaging over features.

Let’s Drive It Home and Talk About Pain Points

We will discuss President Obama and President Trump’s campaign slogans, but before we dive in I want to give a word of caution: let’s prevent our politics from impeding success and learning. We will profit from the messaging strategies of these two Presidents.

Obama’s “Change We Can Believe In”

He was a candidate with many slogans (Hope, Yes We Can, Vote Change), but all of them hinged on the word change. The dream, the vision, and the destination is change, but that phrase would be meaningless without one thing - a relative pain point. While the destination was “change,” the pain point was the status quo. President Obama said these words to a war-fatigued country that grew uneasy as economic bubbles popped before its eyes. He said them to a country that didn't trust the status quo's ability to lead - a country who heard "stay the course" from the former President. The perceived status quo was to blame, so Obama promised “change.”

The pain point: an economy that had under 3% growth for 8 consecutive years and a growing frustration with politicians. Middle class America wanted an economic boom like the 90s and early 2000s. Trump saw the pain point and “promised the moon,” all while saying “I’m not a politician, I’m a businessman.” He essentially said, "America is not what it used to be. We can fix that.”

It worked - for both Presidents. Americans felt those pain points in their psyche. The people were moths and Clarity and relevance was the flame.

My favorite example of executing the dream / pain point strategy is Chatbooks. If you watch the video, it is obvious Chatbooks is trying to simplify mothers’ lives by automatically printing their photos from Instagram. Lets dissect Chatbook’s message.

The Dream: An easier life.

The Pain Point: A crazy “mom-life” with no extra time. 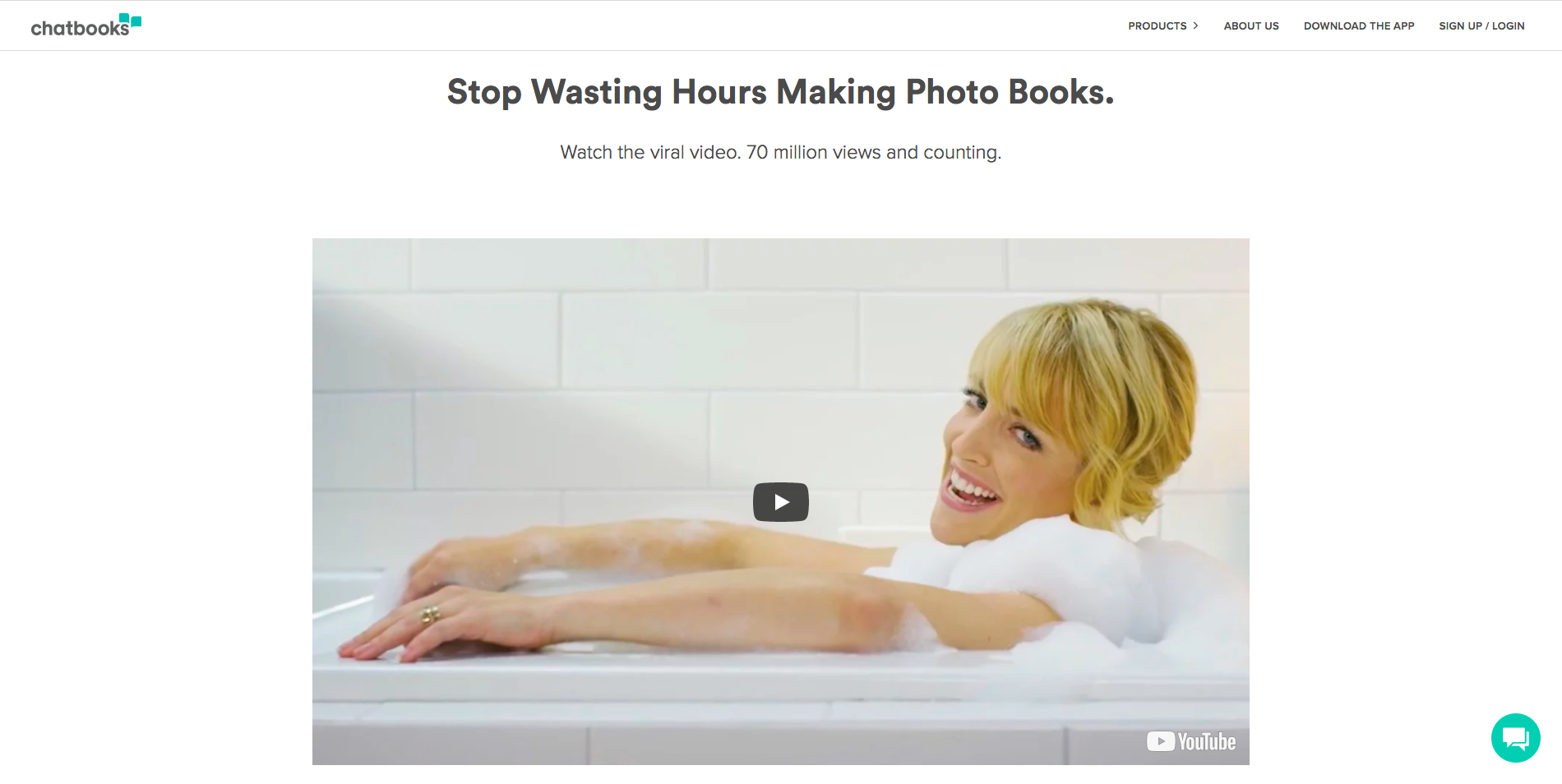 Your company has limited time to make a first impression with your website design that can either can save or lose a scatterbrained audience. If you promise a destination that eliminates a pain point, then you will capture your customers' attention. If you start off by listing jargon filled features, then your customers will click "next." Audit your website, social media posts, and ads to see where your company stands. Stop selling features with your website design, start selling dreams, and enjoy the road to success.